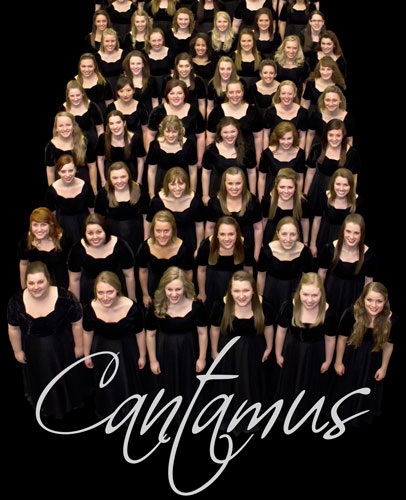 Cantamus Women’s Choir was created in 2000, and is one of four major choral ensembles at Iowa State University. The women of Cantamus are selected by audition and range in year from freshmen to senior, and come from many fields of study across campus. They all share an enthusiasm for new and challenging repertoire, along with a love for adventurous programming.