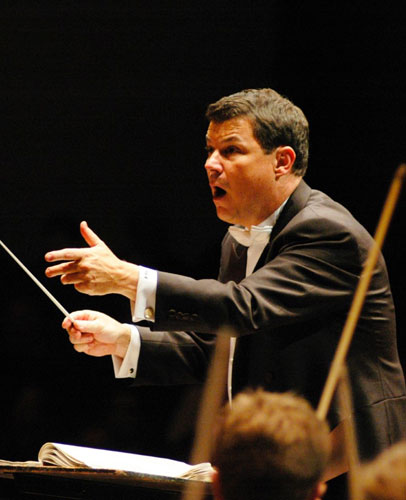 David Rayl is director of choral programs and senior associate dean for graduate studies and research at the Michigan State University College of Music. Over the past 19 years he has mentored over 100 graduate students in choral conducting. Under his baton MSU's University Chorale appeared at the National and Central Region conferences of the American Choral Directors Association (2007, 2006) and the national meeting of the College Music Society (2002). He has also prepared the Chorale for eight sets of performances with the Detroit Symphony Orchestra and regularly serves as guest conductor with the Lansing Symphony Orchestra, leading large-scale choral-orchestral works.

His international engagements include the National Center for the Performing Arts and the China Conservatory in Beijing; Maggio Musicale in Florence; the Busan International Choral Festival in South Korea; the VII Festival Internacional de Musica de Camera do Para, in Belem, Brazil; the II Festival de Corais in Brasilia, Brazil; the Painel Unicanto de Regencia Coral in Londrina, Brazil; and the national conference of the Associacao Brasileira de Regentes de Coros in Goiania, Brazil.

Rayl has received MSU's University Distinguished Faculty Award (2013) and the Simmons-Chivukula Award for Academic Leadership (2019), and the College of Music's Withrow Award for Excellence in Teaching (2009).