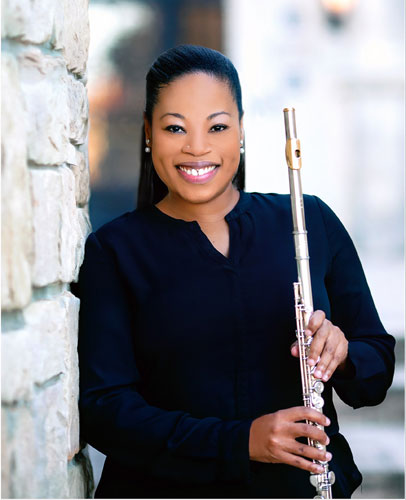 The Dallas Opera and The University of Missouri - Kansas City

Ebonee Thomas, is currently the Second Flute and Piccolo of The Dallas Opera. She has previously served as Principal Flute of the Knoxville Symphony, Principal Flute of the Florida Grand Opera, and Second Flute of the Houston Symphony. Ebonee spends her summers as a flutist with the Central City Opera in Colorado. She has also been guest principal with the Seattle Symphony, Fort Worth Symphony, San Antonio Symphony, and Santa Fe Opera. Ebonee is Assistant Professor of Flute at the University of Missouri Kansas City Conservatory. She received her bachelor of music degree from Southern Methodist University and her master of music degree from the New England Conservatory of Music and completed a fellowship with the New World Symphony. Ebonee is a Burkart Piccolo Artist.