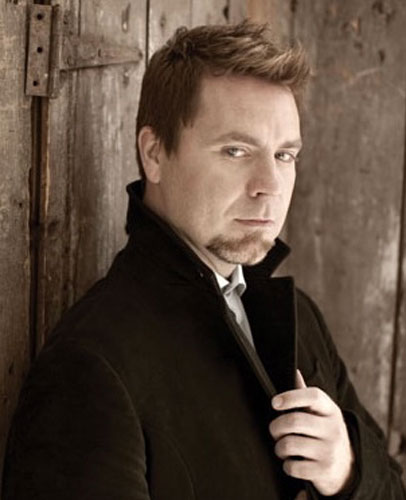 American tenor Jason Collins has attracted international attention as one of the most exciting heldentenors to perform. Most recently, Mr. Collins took on the responsibilities of the title role of Peter Grimes at Teatro alla Scala, debuted at New Israeli Opera as Steva in Jenufa, and a role debut of Don Jose with Eugene Opera.

Former seasons he made his debuts in the title role of Parsifal and at La Monnaie in Brussels in a performance of Das Klagende Lied. He has perfomed at the Glimmerglass Festival as Giasone in Medea and the Opera Company of Philadelphia as Cassio in Otello, and appears in concert at the Kimmel Center in Philadelphia.

Mr. Collins has also been recognized at the San Francisco Opera as Froh in Das Rheingold, the Lyric Opera of Chicago as Tichon in Katya Kabanová, and both the Teatro Comunale in Bolgona and the Boston Lyric Opera as the title role in Idomeneo. He has appeared all over the U.S. in opera companies such as the Pittsburgh Opera, Opera Company of Philadelphia, Seattle Opera, Glimmerglass Opera, Michigan Opera Theater, Chicago Opera Theater, Bard Music Festival, Arizona Opera and Ft. Worth Opera. Mr. Collins also sang the role of Schweik in The Good Soldier Schweik on the 2003 Cannes Awards nominated world premiere recording for Cedille Records.

On the concert platform Mr. Collins has appeared with the Pittsburgh Symphony, National Symphony Orchestra, San Diego Symphony, The Chamber Orchestra of Philadelphia, Pacific Symphony, and American Symphony Orchestra, in repertoire such as Beethoven's No. 9, Mahler's Das Lied von der Erde, and Handel's Messiah. He also recently appeared in concerts in Amsterdam and Milan.

A native of South Carolina, Mr. Collins is the recipient of numerous awards and scholarships, including the 2007 Richard Tucker Career Grant, the 2005 Richard F. Gold Career Grant, the 2000 Mario Lanza competition, the Lucrezia Bori prize for foreign study, the Alice Tully scholarship, and the Tatiana Troyanos scholarship. He received his Bachelor of Music in Voice from the Juilliard School and Master of Music in Opera from the Curtis Institute of Music and is recent graduate of the Pittsburgh Opera Center. Currently Mr. Collins performs and is on the voice faculty at Coastal Carolina University. Jasoncollinstenor.com