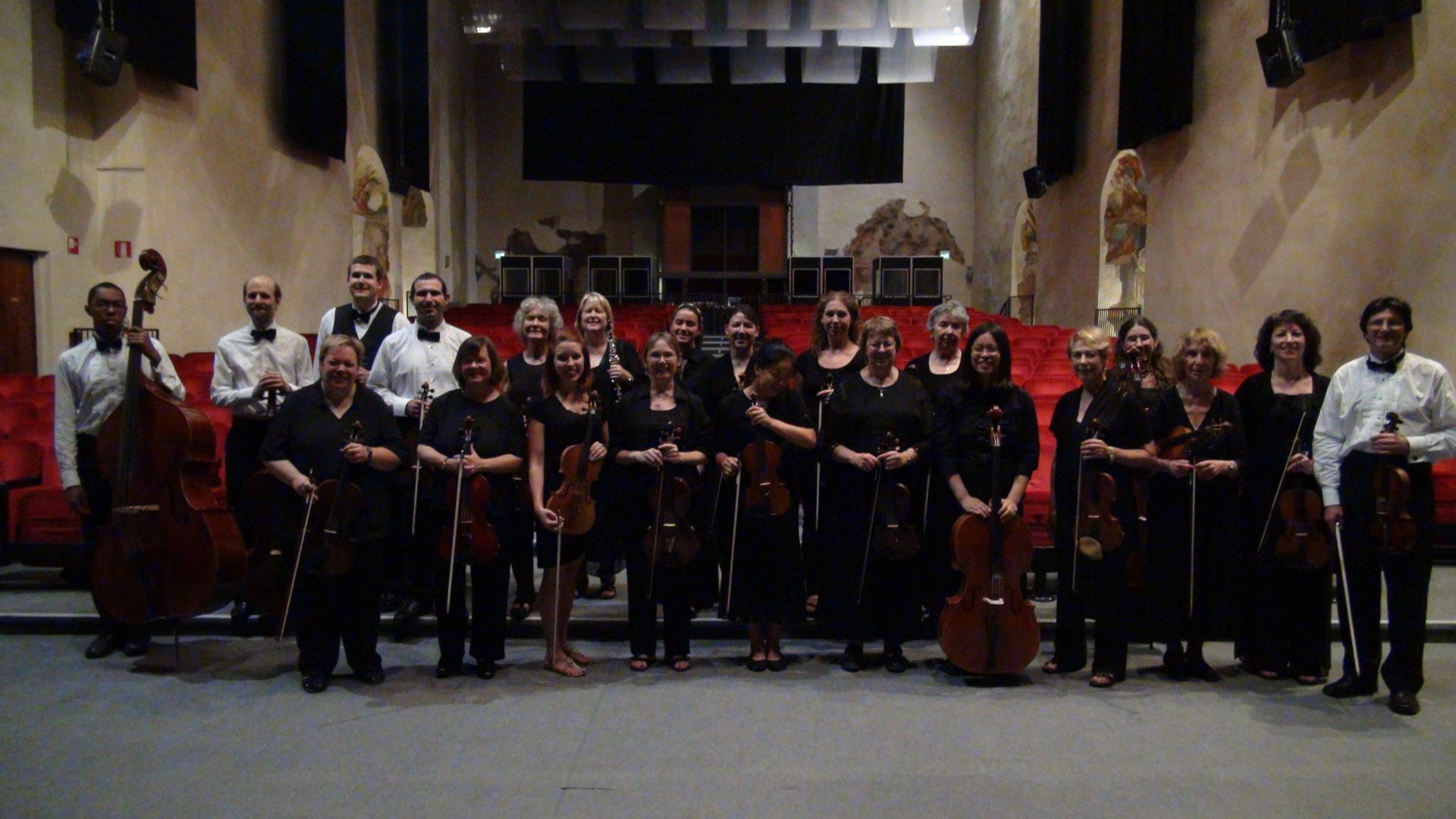 Launched in the summer of 2011, Varna International Chamber Orchestra (VICO) is a group of seasoned professional musicians joined by talented students and selected amateurs to support choral tours as well as to appear as a self-directed chamber orchestra.

Violinist Michael Emery is Concertmaster and soloist, and led the group’s maiden voyage in a featured concert at the Spoleto Festival in Italy. The string chamber orchestra included Holly Patterson, oboe soloist, and Maestro Stephen Gothold on harpsichord in JS Bach’s delightful Concerto for violin and oboe. Principal violist Connie Gee performed the elegiac Trauermusik of Paul Hindemith. The Elgar Serenade for Strings was the centerpiece of the concert, concluding with the exciting finale from Tchaikovsky’s brilliant Serenade for Strings.

VICO also served as the core orchestra for the West Village Chorale and coro Pueri Cantores del Veneto Italia under the direction of Maestro Michael Conely in the Mozart Requiem, with concerts in Venice, Vicenza, and Verona, joined by musicians from Italy and Bulgaria.