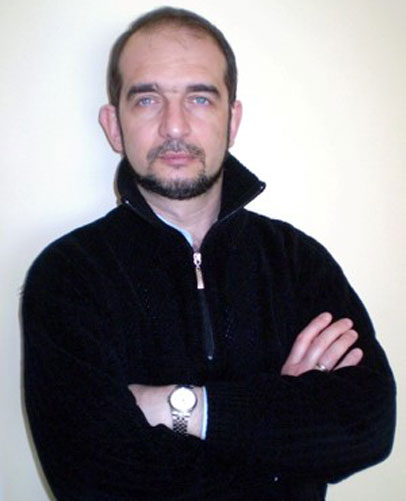 State Academy of Music in Sofia

Bogdan Ivanov Stanev is the Varna International Bulgaria coordinator and long-time pianist. He received his Master of Music Degree in 1992 at the State Academy of Music in Sofia, Bulgaria and in 1990 he joined the Academy as an accompanist. In 2006 Stanev officially joined the faculty as an accompanist and teacher. In 2000 he became a member of the EOLINA quartet and was a member of an electro-acoustical music ensemble called “E.A.M.” from 1994-2000. Stanev has been a member of different chamber groups, performing concerts in Bulgaria, Greece, Turkey, Republic of Macedonia, Italy, Belgium, France, Norway, as well as being a soloist for the Ruse Symphony Orchestra. He is also a member of Unity of Bulgarian Musicians and Dancers. He competed at the International competition in 2002 and 2004, winning Second Prize for Piano Duo (2002), First prize for Spanish Music (2004), and Third Prize for Music and Earth (2004). Stanev also won First Prize at the National Piano Competition “Svetoslav Obretenov”, in Provadia, Bulgaria. He has been the accompanist for several masterclasses including Professor Da Silva-viola, France-2003; Professor Mary Harris-viola, USA 2003; Professor W. Kloss-viola, Austria-2003,2005; Avri Levitan-viola-2005, Israel; Sasha Zemtsov- viola, Austria; and Vladislav Andonov-viola, Bulgaria, along with many others.