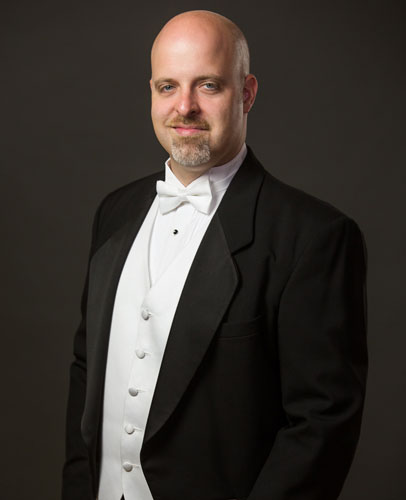 Since the fall of 2015, Dr. Brent Rogers has served as Assistant Professor of Music at Dickinson State University in Dickinson, North Dakota, where he conducts two curricular choirs and a community choir, as well as teaching voice lessons, aural skills, music history, and a variety of other courses. His choirs have been invited twice to perform at Carnegie Hall, once in a solo performance, and once with a large festival chorus. As a graduate student at the University of Arizona, Dr. Rogers was awarded a prestigious graduate assistantship to serve as conductor of the UA Collegium Musicum. Prior to pursuing his doctorate UA, Dr. Rogers served as Professor of Music at Arizona Western College in Yuma, Arizona, where he conducted the AWC Chamber Singers and Yuma Chorale. Having been raised in a multi-lingual home, authentic diction has come relatively easily to Dr. Rogers, and he has spent much of his career seeking out improved methods for helping singers to accurately perceive and produce the sounds of the languages they sing in. In addition, he has extensive experience as a collaborative pianist with vocalists, instrumentalists, and small ensembles, including a recent engagement as the solo pianist for the world premiere of two short fairy-tale operas by award-winning New York City composer Willem Oosthuysen.