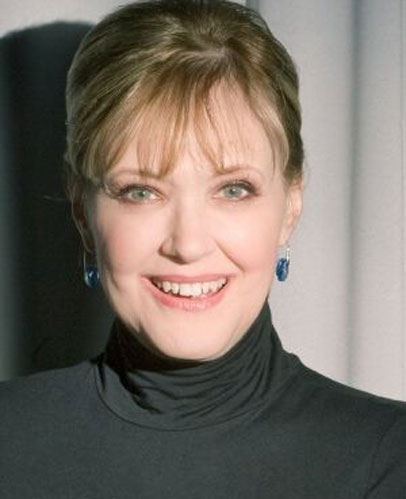 Carol Wilson joined the UNT voice faculty in 2012 with an extensive and distinguished singing career with major opera houses throughout the world: Dresden, Frankfurt, Netherlands, San Francisco, Stockholm, Stuttgart, Taipei, Vancouver, Manitoba, Bonn, Hannover, Nürnberg, and with the Metropolitan Opera where she was responsible for the Marschallin in Der Rosenkavalier, a role for which she has earned critical acclaim. She made her international opera debut with Deutsche Oper am Rhein in 1999 as Fiordiligi, and as one of their principal soloists performed over 25 major roles including Eva in Die Meistersinger, Elisabeth in Tannhäuser, Senta in Der fliegende Holländer, Kaiserin in Die Frau ohne Schatten, Desdemona in Otello, Tatiana in Eugene Onegin, Leonore in Fidelio, Donna Elvira in Don Giovanni, Contessa in Le nozze di Figaro, Marietta in Die tote Stadt, Poppea in L’incoronazione di Poppea,and the title roles in Ariadne and Alcina. In addition to opera, Ms. Wilson has a vast repertoire encompassing medieval to modern. Concert engagements in the U. S. include those with the Orchestra of St. Luke’s with Maestro Julius Rudel, the American Symphony Orchestra with Maestro Leon Botstein, the Brooklyn Philharmonic, St. Luke’s Chamber Orchestra at the Caramoor Festival, the Vancouver Festival, and numerous appearances with the Contemporary Chamber Ensemble. She is an enthusiastic advocate for music of the 20th and 21st centuries, having sung a number of works by Schoenberg, including Pierrot Lunaire with the Yale in Norfolk Summer Music Festival, Erwartung at the Concertgebouw in Amsterdam, the soprano solo in his Second String Quartet with the St. Luke's Chamber Ensemble, Sechs Lieder for soprano and orchestra with the Duesseldorfer Symphoniker, Boulez’ Pli selon Pli, Elliot Carter’s A mirror on which to Dwell,Barber’s Knoxville: Summer of 1915, Berio’s Folk Songs, as well as newly commissioned works and those written for her. Ms. Wilson has held teaching positions at Oberlin College & Conservatory, Vassar College, and Sarah Lawrence College, and is faculty member with the Amalfi Coast Summer Music Festival in Italy. A graduate of the Yale School of Music with the Doctor of Musical Arts, she was awarded their Music Alumni Association Prize. Her undergraduate alma mater, Iowa State University conferred upon her the Dean’s Arts and Humanities Medal and Outstanding Alumni Award.