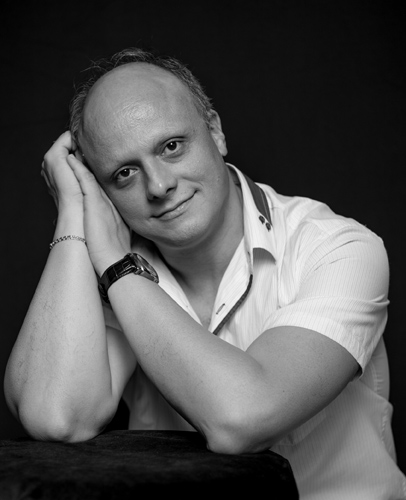 Grigor Palikarov graduated from the National Music Academy with a Master of Music Degree in Orchestral Conducting, Composition, Piano, and Choral Conducting. Later, he continued his composition study for two Summer Academies in Austria at the University of Music and Performing Arts, Vienna. His debut as an opera conductor was in April 1994 with Verdi’s Rigoletto at two major opera houses in Bulgaria.

From 1998-1999, Grigor Palikarov made his first appearance on the stage of the National Opera & Ballet, conducting a Gala-concert with the participation of the famous Bulgarian opera singer Ghena Dimitrova. He has also participated in many concerts and performances with other world-famous opera singers like Anna Tomowa-Sintow, Krassimira Stoyanova, Kurt Rydl, Nadia Krasteva, and Nickola Giuzelev.

From 2000-2019 Mr. Palikarov worked as a full-time conductor at the National Opera & Ballet. Which included more than 60 opera and ballet titles by a variety of classical composers as well as Bulgarian classical and contemporary composers.

Today, Maestro Palikarov teaches orchestral conducting at the National Academy of Music "Prof. P. Vladigerov", where he has defended his Doctoral Degree in June 2017 and has been appointed as full-time Associate Professor since April 2019. He has also competed and won many National & International piano & composition competitions. Some of his works have been performed at music festivals and recorded at the National Radio.

Mr. Palikarov is often invited as a guest conductor for orchestras, opera theatres and National and International Music Festivals in Bulgaria and abroad. His debut in the USA has been mentioned by the critics there as “one of the most important musical events for year 2009 for Ohio State.”