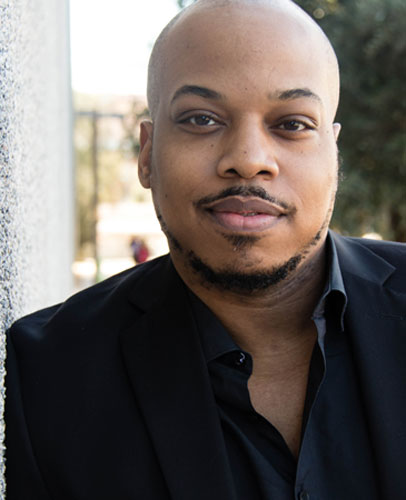 The University of North Carolina at Charlotte

Conductor, tenor, and music educator, Dr. Jason A. Dungee, currently serves as the Director of Choral Activities at The University of North Carolina at Charlotte.

He has earned degrees from the University of Arizona, Westminster Choir College and Hampton University. Prior to appointments as Director of Choral Studies in South Carolina and Florida, he enjoyed 8 years as a successful high school choral music teacher in Newport News and Williamsburg, Virginia. He was a Conductor Fellow in the 16th Varna International Music Academy and served as chorus master for their production of Suor Angelica in 2019 in Varna, Bulgaria. In March of 2020, Dungee was Co-Conductor of the first HBCU Tribute Choir for the Southern Division ACDA Conference.

Dungee's article "A Pedagogy for Living: Applying Restorative, Anti-Racist Pedagogy to the Choral Classroom" was published in The Choral Journal and has led to him being in demand as a presenter for organizations and Universities across the U.S., including the Florida ACDA, Drexel University, and the Hopewell Valley Chorus. His research on the music of Dr. Adolphus Hailstork has been presented to several universities, including The University of Arizona and The University of Illinois-Urbana.

Recently, Dr. Dungee has found success in popular music and entertainment as well. He was selected for 2 consecutive years to prepare choirs for the southeast leg of HBO's internationally acclaimed touring production of The Game of Thrones Live Experience, featuring music from the hit TV program. In 2022, Dungee was asked to prepare an ensemble for the rock band the Eagles for their performance in Charlotte. While in South Carolina, he conducted sold out, critically acclaimed performances as guest conductor of the Charleston Gospel Choir and sang the tenor solo with the London Symphony Orchestra as they premiered Andre Thomas' Mass.

Since arriving in the Charlotte region in 2021, Dungee has come in demand as a clinician, and as guest conductor for a number of All-County Choral events, including Charlotte-Mecklenburg, Gaston, Rowan, and Cabarrus Counties. He also looks forward to serving as clinician for the NCMEA Eastern All-State Choir in the Fall of 2023.