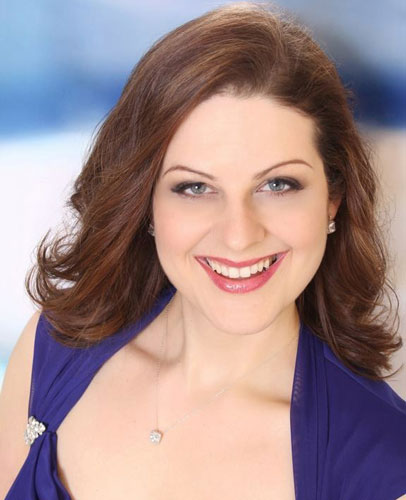 Dr. Jennifer Glidden is an Assistant Professor of Music, Voice and Opera at Texas A&M University-Commerce. She teaches applied voice, opera workshop, and she directs the Department of Music’s Mainstage productions. Dr. Glidden is an active performer and recitalist performing both classical and musical theater repertoire. Dr. Glidden has performed several leading operatic roles. Some of her favorite roles include, Regina from Regina, Donna Elvira from Don Giovanni, Miss Jessel from Turn of the Screw, the Countess from The Marriage of Figaro, and Mrs. Murrant from Street Scene. In addition, she has performed many oratorio works. Some of her favorites include Brahm’s Requiem, Verdi’s Requiem, Handel’s Messiah, Mozart’s Mass in C, and Mendelssohn’s Elijah. Dr. Glidden earned her Doctorate from the University of North Texas where she studied voice and pedagogy with Dr. Stephen Austin and opera with Dr. Stephen Dubberly and Ms. Paula Homer. She earned her Bachelor of Music in Vocal Performance from Southern Methodist University and her Masters in Vocal Performance from the Cincinnati College-Conservatory of Music. Prior to her appointment at TAMUC in 2012, she served for four years on the voice faculty of the University of North Texas as a Teaching Fellow. She has also served on the faculty of the Dallas Summer Musical Academy, GISD Music Enrichment Program, and Broadway Bound Dance Academy.