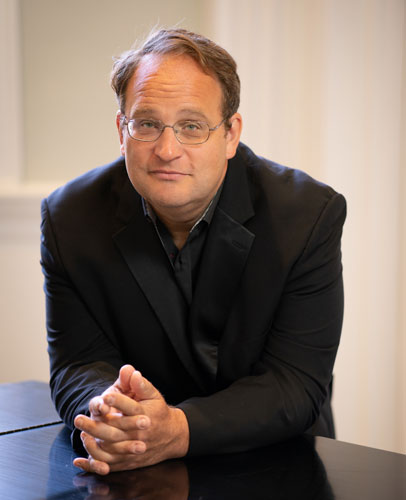 Dr. Smith is the founder and director of the Portland Phoenix Chamber Choir, winning awards at choral competitions in Ireland, Italy and Latvia, and appearing by invitation at the Northwest Conference of the American Choral Directors Association in Spokane, WA. In 2020, he founded the Royal Voices of Charlotte, which performed at the NCACDA state conference, in collaboration with Bach Akademie Charlotte, and at Carnegie Hall.

He holds the DMA in Choral Conducting from the Moores School of Music, University of Houston, and is a scholar of American choral music, having been published twice in Choral Journal on neglected choral works of Marc Blitzstein and Vincent Persichetti. He holds additional degrees in music from Wesleyan University and the University of Oregon.