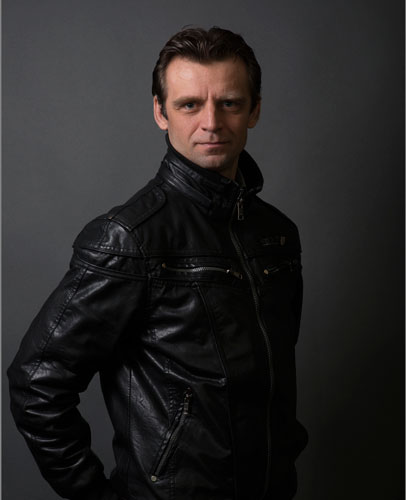 Kamen Ivanov graduated from the State Choreographic School in 1992 and was admitted to the National Academy of Theater and Film Arts for Acting for Dramatic Theater later that same year, taught by Prof. Plamen Markov. He graduated with a Master’s degree from the State University in Plovdiv in 1996. He began to work as a freelancer a year and a half later after leaving the theater. In 1998 he received two specializations at the National Academy of Theater and Film Arts in Jazz Dance Technique and fencing. In 2008, he defended a PhD thesis at NATFA, on Developing the actor's creative nature through stage combat techniques. He has taught at the National Academy of Theater and Film Arts since 2011 and has taught at the "Slavic University" and "Academy of Cinema, Television and Internet Communications". From 2005-2011, he has been a teacher of Acting and Contemporary Dance Techniques at the National School of Dance Arts - Sofia. As a choreographer and director of stage combat and cascades, he has participated in the creation of more than 25 performances throughout Bulgaria, as well as over 35 theatrical productions, foreign film and TV productions, and many ads.