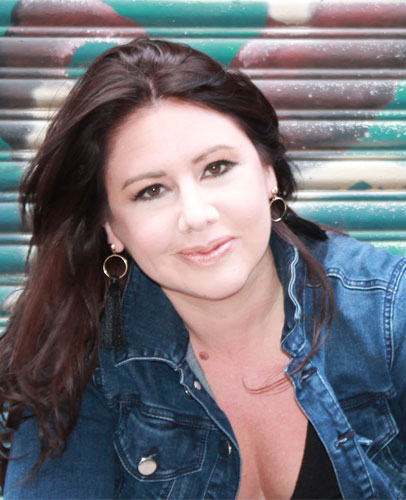 Critically acclaimed stage director Kathryn Frady has worked throughout the United States, Europe, and South Africa. A passionate advocate and prolific performer of modern operatic repertoire, Kathryn has been honored to perform leading roles, direct, and produce multiple World Premiere productions. As Executive Artistic Director of Marble City Opera, Kathryn has produced and directed more than 35 new productions and world-premieres. She won "Most Memorable Opera in Knoxville" for productions in 2014, 2017, 2019, and 2021. As a leading pioneer in producing opera in alternative spaces, Kathryn's recent production of Gallantry was praised by Arts Knoxville, for "reminding the audience what theatre is all about."

Kathryn directed the world premiere of Larry Delinger's Shadowlight, which Arts Knoxville called "A Stunning Celebration of the Art and Life of Beauford Delaney" in a "marvelously immersive" production. Other recent credits include productions of Dido and Aeneas at Baldwin Wallace University, Beneath Suspicion at Marble City Opera, Cold Sassy Tree at Amarillo Opera, Tosca at North Carolina Opera, Barber of Seville and L'elisir d'amore for Wichita Grand Opera, Barber of Seville for Knoxville Opera, H.M.S. Pinafore for The Living Opera, and new opera works at Cleveland Opera Theater. International credits include work on Carmen for Opera Africa in Pretoria and Johannesburg, Amelia Lost with the Opera in the City Festival in London; and L'elisir d'amore for the Centre for Opera Studies in Sulmona, Italy.

Kathryn's performance of Tosca with Marble City Opera was named "Most Memorable Music Performance of 2021 by Arts Knoxville, which noted "In addition to having those requisite vocal and dramatic qualities that make for great melodrama, Frady, appropriately costumed and coiffed, simply looked and sounded like the Tosca that one carries around in their mind's eye." Kathryn has also received Most Memorable Opera Awards for her performances of the title role in Suor Angelica, Violetta in La Traviata, and Amelia in the World Premiere of Amelia Lost.

Of her recent performance of Poulenc's The Human Voice, Arts Knoxville noted "Frady's brilliance as a soprano capable of riveting the audience's attention - in vocal depth, in lyrical beauty, and in a marvelously conceived ebb and flow of posture and attitude - was as rewarding as it gets in theater." TN Today called the same performance "nothing short of a tour de force."

Kathryn was named among the "10 Women who make a Difference in Knoxville" by the Knoxville Mercury newspaper. In 2019, A Step Ahead Foundation recognized Kathryn as a Trailblazer in her field. Kathryn has a BM and MM in Opera from the University of North Texas, Certificates in Executive Women in Leadership and Diversity and Inclusion from Cornell University and is currently working towards a Fundraising Management Certificate from Boston University. Kathryn was honored to be included Opera America's prestigious Leadership Intensive in 2021. www.kathrynfradyportfolio.com