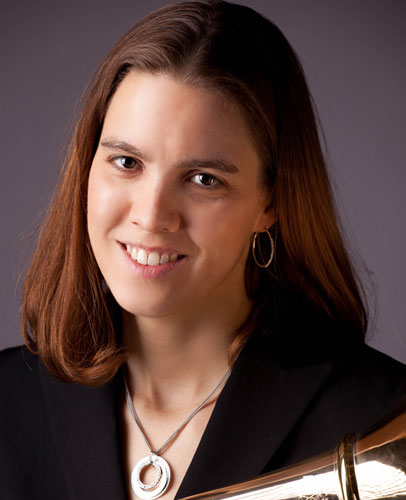 A native of Lincoln, Nebraska, Kimberly attended the University of Nebraska-Lincoln and graduated in 2000 with Bachelor of Arts degrees in Mathematics and Music. Upon graduation, she won an audition with the United States Air Force Heartland of America Band at Offutt Air Force Base, Nebraska, and the following year (2001), won the Third Horn position with Lincoln's Symphony Orchestra. While serving in the USAF, she was a founding member of the Brass in Blue large brass ensemble and enjoyed touring the Midwest, performing hundreds of concerts with five ensembles. By the time she separated in 2012, she had attained the rank of Technical Sergeant, become proficient at graphic design, desktop publishing, and project management, and received a wide variety of medals and awards, including the John L. Levitow Award and her unit's Airman or Noncommissioned Officer of the Year Award four times.

In 2014, Kimberly exchanged corn fields for chile fields and pecan orchards when she moved with her family to Las Cruces, New Mexico. She won the 5th/Utility Horn (Assistant Principal) position with the El Paso Symphony Orchestra that same year. In 2017, she completed an Associate of Arts in Paralegal Studies degree from Liberty University, which she currently uses in her work as a paralegal for her husband's law firm.

Kimberly enjoys performing as a freelance musician with a variety of orchestras, ensembles, and traveling shows throughout the Midwest and Southwest, as well as premiering pieces composed by her husband. She serves on the board of directors for The Brass Factory, a nonprofit organization dedicated to promoting music and music education, and supports the board of directors of Orchard Ministries with missionaries in Zambia, Africa. She also loves sewing and building projects, and cherishes time with her family, especially helping her husband as he coaches their son's sports teams.