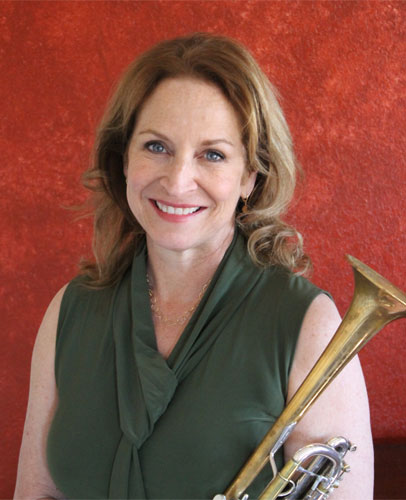 Nancy Taylor is in her 12th year of teaching trumpet at the University of Texas at El Paso. After graduate school at Indiana University, she broke the brass ceiling by winning a position with The President's Own United States Marine Band and became the first woman to play in the cornet/trumpet section. Following eight years, two presidential inaugurations, three national tours and three recordings with the Marine Band she began a career in higher education. While being an active performer and educator, Taylor developed an interest in musician's injuries and went back to school to earn her second master's degree, this one in Occupational Therapy.

Popular as both an artist/teacher and practitioner of musician's injuries, Dr. Taylor has presented masterclasses and performances at several national and international conventions. In addition to teaching at UTEP and being a board-certified Occupational Therapist, Taylor serves as principal trumpet of the El Paso Symphony Orchestra, chair of the International Women's Brass Conference solo competition, board member and publications editor for the International Trumpet Guild Journal, principal trumpet with the El Paso Winds.

She is the author of Teaching Healthy Musicianship: The Music Educator's Guide to Injury Prevention And Wellness (Oxford Press, 2016).