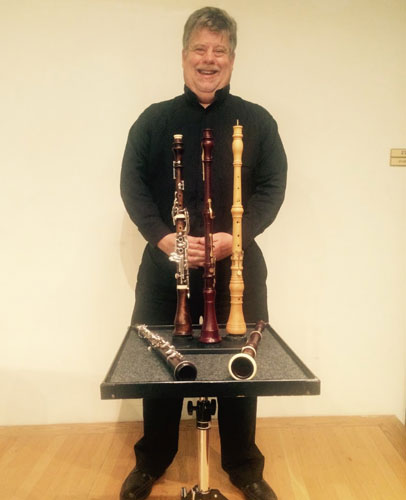 Dr. Richard Kravchak is one of America's most exciting oboists and accomplished academic administrators. He has been heard as an oboe soloist, chamber and orchestral musician worldwide, performing throughout Europe, Asia, and the Americas. He specializes in contemporary music, with over 100 compositions written for him, and HIP (Historically informed practice) frequently performing period music on oboes of the Renaissance, Baroque, Classical, Romantic, and early 20th century. Kravchak holds performance degrees from the Eastman School of Music, the Juilliard School, and Florida State University. He has been Chair of Music at CSU Dominguez Hills and was the founding Director of the School of Music and Theatre at Marshall University as well as the Director of the School of Music at the University of Southern Mississippi. Currently Dr. Kravchak serves as Dean of the School of Arts and Letters at the College of Southern Nevada, our nation's 5th largest Community College.