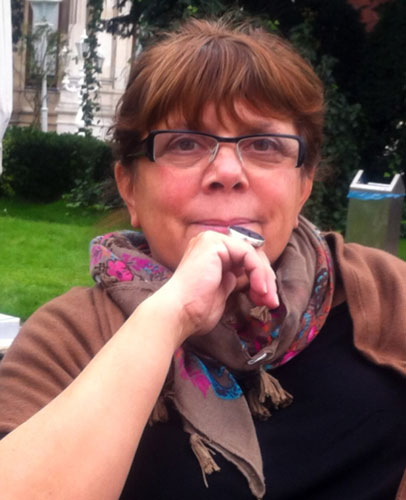 Feldenkrais practitioner, Viharova Vaskressia, began her studies in 1979 at the National Academy for Theatre and Film Arts with an emphasis in acting and directing. Later in 1985 she began her PhD work and thesis also at NATFA. In 1992 she studied Psychodrama at the Orpheus center in Sofia, Bulgaria. Viharova then spent 1999-2001 studying at the International Feldenkrais training center in Basel, Switzerland where she was awarded the title Feldenkrais practitioner®. Ms. Vaskressia spent 1986-2010 as a freelancer with national and international practice. Also, during this time, she became an assistant at the National Theatre Academy from 1986-1989. In 1991 Viharova became the Head of the Theatre Department at the New Bulgarian University. Her artistic skills are vast in the field of theater, performances and training, and psychosomatic techniques. She has participated in International Theater Festivals in Bulgaria, Germany, UK, Slovakia, Rumania, Poland, France, Macedonia, Holland, Australia, and Russia as well as leading International Theater Festivals in the UK, Germany, Rumania, Moldova, Bulgaria, and Holland.