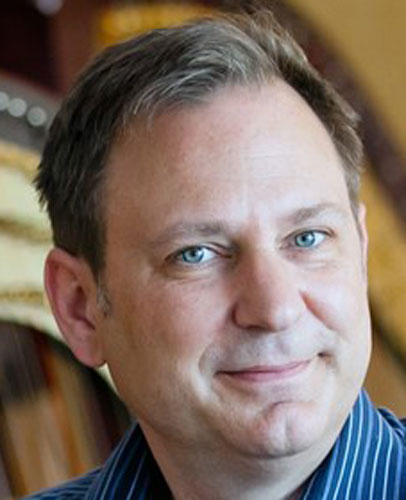 John Wickey began his professional music career with the Michigan Opera Theatre Children's Chorus. At the suggestion of management, he was encouraged to study piano with Albert Fillmore with the goal that he would one day become a conductor of the company.

The idea of conducting was never realized, as John took up the harp after seeing Detroit's Cass Technical High School Harp & Vocal ensemble perform at a local concert. He became enamored of the harp and after two years of study at Cass Tech, John was awarded a full tuition Dean's Scholarship from Boston University to work with Lucile Lawrence, one of the preeminent harp pedagogues of our time and co-author of the Salzedo Method Book.

John Wickey holds a Bachelors in Harp Performance from Boston University and a Masters from the University of Michigan. John currently serves as Principal Harpist with the Greenville Symphony and is on faculty at Converse College and Anderson University. He performs regularly throughout the southeast region, most recently with Pan Harmonia, a series centered in Asheville, NC.