Born in Varna, Bulgaria, our CEO, Kalin Tchonev, studied piano performance and music theory in high school before obtaining a bachelor's and master's of music at the National Academy of Music in Sofia, Bulgaria, and additional master's degrees in choral conducting and piano performance from the School of Music at the University of South Carolina. In addition to his performance and conducting experience, Kalin brings skills in music management, international tours, and festival organization to meet clients’ needs.

Our Director of Operations, Sharon Tchonev, left her home in Israel to earn her law degree from the University of South Africa in Pretoria. After graduation, she worked as a Communications and PR Manager, organizing international conferences that hosted thousands of leaders from more than 100 countries. In 1998, Sharon moved to the United States where she spearheaded fundraising activities for underprivileged people in Sub-Saharan Africa. After marrying Kalin in 1998, she joined the Varna staff where her unique combination of organizational skills and heart to serve have had a significant impact on the company’s culture.

A message from our CEO 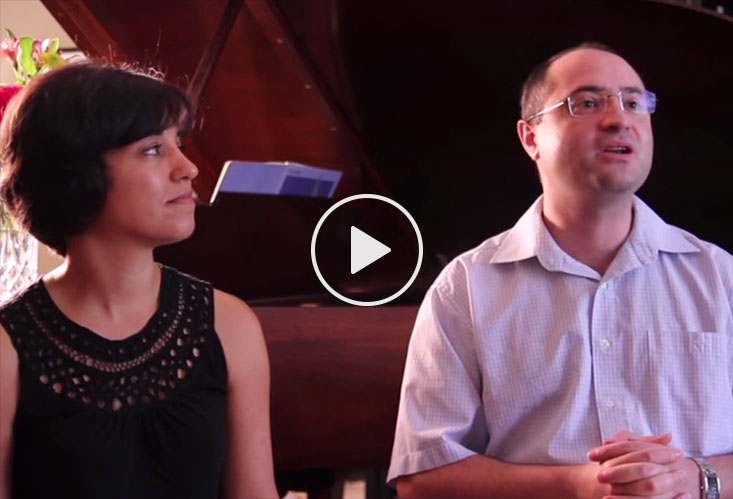 So much of what makes Varna International unique is the depth of its founders’ love of country, family and music, much of which is captured in this video.

“Leadership starts at the top”

From the start I found my dealings with you both, and with the other members of your staff, to be a remarkable combination of warmth and professionalism. ... I think leadership starts at the top and clearly you are warm-hearted people that take your roles as musical ambassadors seriously. Your attention to detail and the attention you give to making musical experiences of the highest quality are exemplary.

Director of Choral Activities
The University of New Mexico

Sharon and Kalin were the perfect hosts who worked tirelessly to provide all tour participants with a memorable cultural and musical experience. Helpful and knowledgeable guides, comfortable hotels and collaborative concerts with local choirs and orchestras in outstanding performance venues all contributed to a truly positive tour experience. Thank you for sharing the rich history and music traditions of your home country of Bulgaria!

“Thank you for your belief in the power of music”